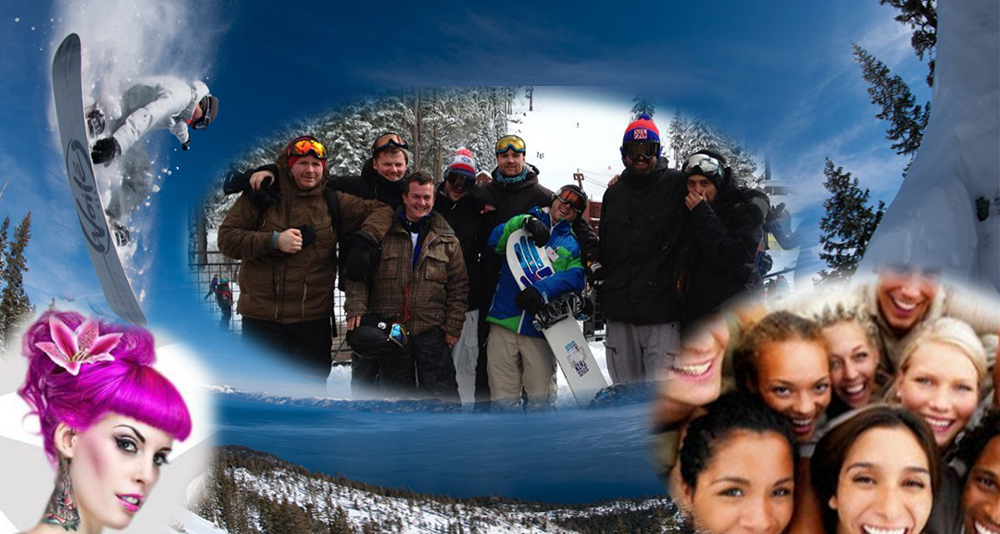 Good Ski Guide’s $20,000 dollar prize winners have just finished their all-action 10-day boarding and partying binge of California’s top area – Lake Tahoe region, where they tried all the night spots, won a small fortune in the casino but mum would be glad to hear they did not blow it in the State-organised and legalised brothels on the Nevada side!

The 7 (8 actually because Good Ski Guide sent our own board ace Alex Perrett to smooth their trip and make sure they got all their prize goodies) won the star prize and originally tried to go first week of February but the snow was not the best so they delayed till now and brought Tahoe some of the best powder dumps they had seen in years – all enhancing the pleasure trip for the winner – North London pro photographer Adam Beasley.

Our trip of a lifetime began at Terminal 5 when some of the group got upgraded to the Business Class. Yikes what a start and soon we were popping champagne corks as we winged our way west over the rainy slopes of Scotland and hit our first snow over Iceland – always the first stirring sight on a north American ski holiday. As we looked down on the awesome glacier fields and mile after mile of snowfield we began to thrill and dream of our destination – California’s fabled Lake Tahoe.

On arrival at San Fran the eight of us bundled into two SUVs appropriate names Chevvy Tahoes, and after a four-hour race up the I 80 freeway we cut off for our final destination – South Lake Tahoe and arrived in time to all dive into the bubbling Jacuzzi gleaming outdoors in the snow-blanketed grounds of our mansion. The prize was five nights in a mansion in South Lake Tahoe (aka the Vegas of California), then five more nights of splendour in a lakeside (and slopeside) villa at North Lake Tahoe courtesy of the best Accommodation Provider in the Lake Tahoe Region Tahoe Accommodations.

We all know the Americans like things big and that includes their massive and roomy houses. Our dream mansion prize had everything a ski group could want – bedrooms with En Suite bathrooms, Hot Tubs, Log Fire places, Massive TV’s, Huge Sofas, a games rooms and the most fantastic Views across the Stunning Lake.

On Arrival everyone was astounded by the size of the house and after a quick scramble to beg the best bedrooms everyone bundled into the bubbling hot tub for a soak before having a take away pizza and heading to bed.

Next day it was up at the crack of dawn and before it really got light we wolfed down a full American breakfast of steak and eggs and made tracks for Stuart Maas wonderful rental shop Powderhouse Rentals (Tahoe Powderhouse) to get fitted out, one of the group even managed buy a whole new setup board, boots and bindings for less $500 and just to top it off as we were leaving we were handed a rucksack load of free lift passes!! Then we zoomed off to our first resort Sierra at Tahoe, a small but fantastic resort with many fun runs in the blinding sunlight and big snowpark full of kids doing Sochi style stunts.

Lunch was al fresco Burritos at a Mexican diner at the foot of the resort and cost $30 including a celebratory beer or three. Then we heard that a huge dump of much-needed white stuff was on the way – and in America the weather forecasts are deadly accurate! We had to pinch ourselves to actually believe we were really there.

Day 2 was similarly sunny, but we liked Sierra so much we returned and topped up our tans as we waited for the much talked-about storm, which duly arrived the next day. We woke up early to a stunning view of a couple of feet of snow outside and the Chevvies were snow-covered. After breakfast we dusted down the vans and headed for Day 3 at Sierra – much changed because of the great dump of fresh powder. It was an awesome days of steep powder runs through the trees all day, first lift to last.

That night, it never stopped snowing and we woke to another half meter of the white stuff for Day 4. We headed for the nearest resort – Heavenly, and we lucky enough to be able to ride fresh powder lines all day again it was some of best steep tree lined boarding that I have ever done . A friendly liftie told us he liked Brits and revealed the resort’s secret stash of powder – at the top of the Olympic lift and we headed there and had indeed a heavenly afternoon blasting through the steep and deep.

As it was Friday, we celebrated the great day with a grand dinner of wings and ribs before heading to après ski fun at Whisky Dicks and ended up at one of Tahoe’s big casinos, and the Seven’s regular gambler, Mickey Gates, won $3,000 after a few hands at blackjack. It was a celebratory large Scotch all round after the win, and tipsy though we all were we resisted the attentions of the bevy of lovely leggy ladies adorning Whisky Dicks, and also gave the State-run brothel next door a wide berth. So this was après ski Nevada style and we all woke next day with Tahoe-sized hangovers.

So, tired of paradise boarding, we took a day off to indulge in some real American culture – We headed to Reno and found a local gun club, where we blasted away all day at targets ranging from zombie Nazis to Sadaam Hussein and even the dearly departed Osama!! No doubt poor old Putin will be target of the week!! Great fun if you don’t take it too seriously.

This set us up fine for the second stage of our Grand Prize – a house move round the beautiful lake to North Lake Tahoe where there was even more snow to come.

Because our new mansion was at Homewood, most beautiful of all of California’s ski areas – and with the ski station base right on the lake. Homewood really lived up to its homely name and our group loved the compact area and the Ski Easy runs there. Midday ski break was a no-brainer – because The View bar was one of the best in the State with sensational views over snow-blanketed lake and peaks.

Next day we had saved the best for last – for three days ski and board fun at mighty Squaw Valley. Locals directed us to the Granite Chief chair at the back of the mountain, which was ungroomed terrain with rock jumps, trees and small cliff jumps for everyone to have fun with it was Boarders paradise.

Squaw was typical Tahoe dream stuff – it had snowed all night and cleared up as if by design at 9 am and we enjoyed our best day of he tour as we had gone up the very first lift and stayed running till the very final tram down. Wow.

Then came the final day and we split the group into half – with some going to Alpine Meadows and the rest plumping for Homewood again.

We headed out in high spirits for a final blow-out dinner in Tahoe City at a steak house where the drinks flowed and after half a dozen fireball whiskies we went clubbing at a casino and a good time was had by all. On the basis you can sleep on the plane we imbibed all night and even saw the sun rise above Tahoe before we staggered off to bed.

All of the Seven agreed it was their best ski trip ever and they have already started saving up to re-visit next year. 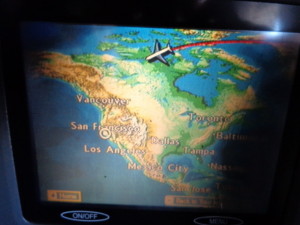 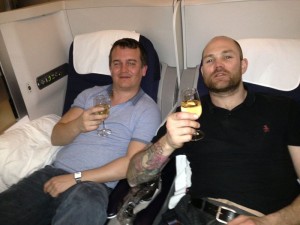 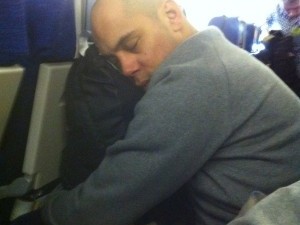 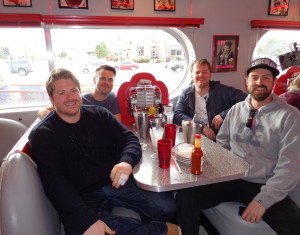 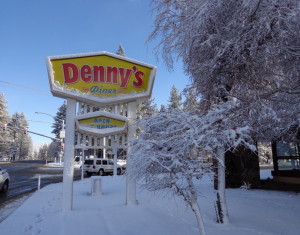 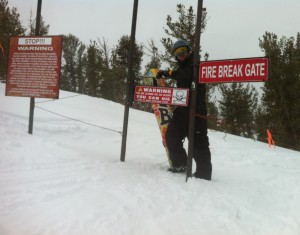 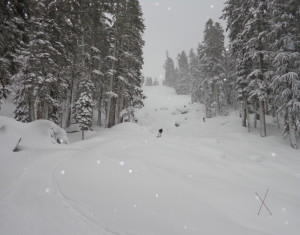 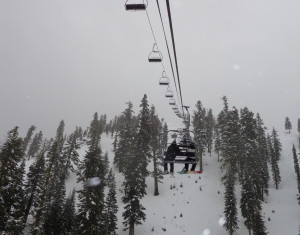 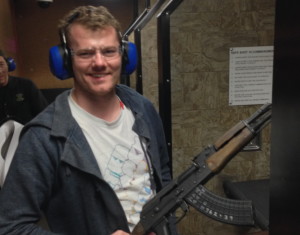 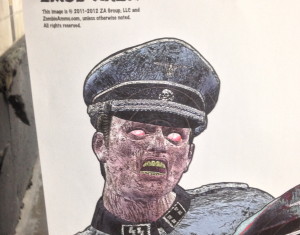 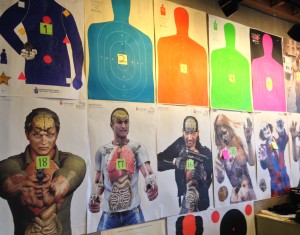 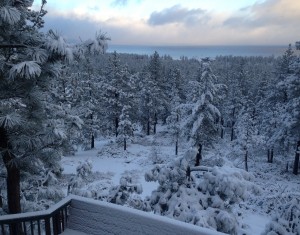 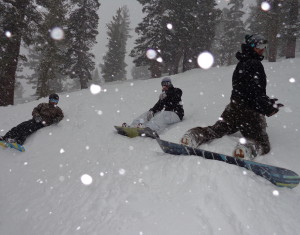 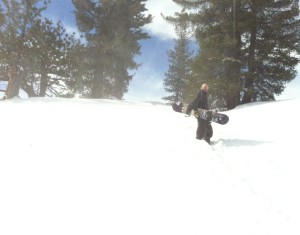 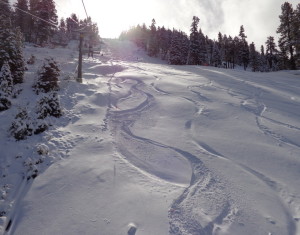 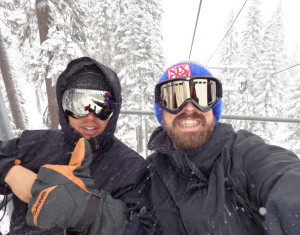 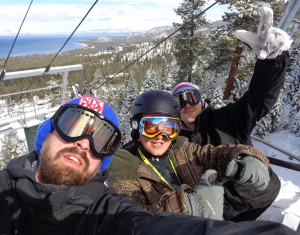 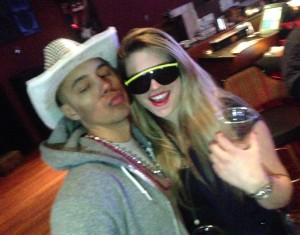 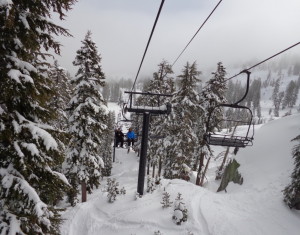 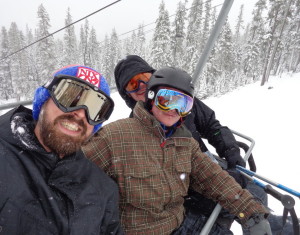 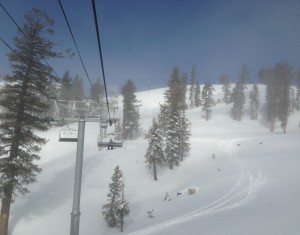