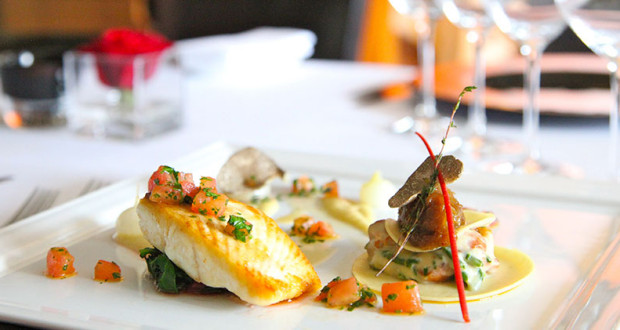 Richard Phillips started early in the restaurant business, firstly at London’s famous Savoy Hotel before working alongside the Roux Brothers at Le Gavroche, and then becoming Head Chef for Marco Pierre White at The Criterion, Mirabelle and Les Saveurs.

Richard’s first restaurant, Thackeray’s in Tunbridge Wells, opened in 2001 and is renowned as one of the best restaurants in Kent.

Whilst being at the helm of three thriving restaurants, Richard is also a recognised television personality, having appeared on popular TV shows including The Lorraine Show, Ready Steady Cook, SaturdayKitchen and Daily Cooks Challenge.

For bookings made by 12 March, Chalet Founets in Courchevel 1850 is available for the week commencing 23 March for £699 per person, to include lessons from the maestro.

Chalet Founets Aval, also 1850, is available for gourmet week for £999 per person, based on 8 sharing.