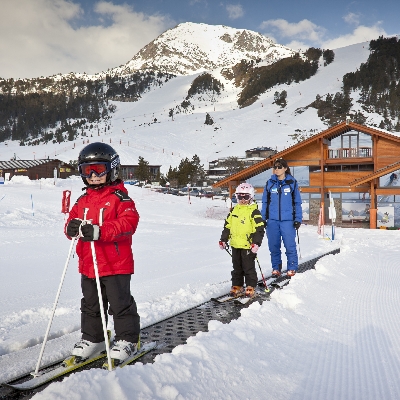 This tiny principality wedged between France and Spain was Europe’s cheap and cheerful capital (thanks to its duty free shopping). However they made the fatal mistake of going posh and considerably upgrading everything from hotels and restaurants to lift circuits and pistes.  With the gentrification  came a huge hike in prices which turned off their traditional markets (and sent them to Eastern Europe) and whilst they tried to capture the “Spanish market” that has failed so Europeans looking for a bargain might be able to enjoy sunshine skiing at a much discounted hotel. The resorts have tax-free shopping which attract hordes of Russian and Eastern European nouveau riche. 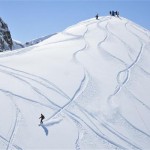 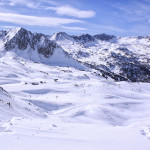 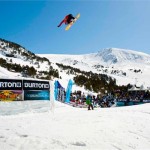 Once Europe’s cheap and cheerful ski capital, Andorra has spent €150m upgrading lifts and is now one of Europe’s Ski Easy paradises. But it’s not Ski Easy to get there, as it’s more than 2.5 hours from the French gateway airports and over three hours from Barcelona. Nor is it easy on the pocket – the Grandvalira pass is one of the most expensive in Europe. Pity, because Andorra has a lot going for it, being the sunniest ski region in Europe – on the same latitude as Rome. You might expect a Dolce Vita style in the slope restaurants, but sadly most of it is typical mountain slop – burgers, frankfurters and all with chips. But there are a few isolated areas of excellence. Intermediates have great blues and reds scattered across the mountain, whilst expert terrain is somewhat limited. The off-piste can be excellent and remains untracked for weeks after a snowfall as most skiers here only stick to the marked runs.

Pas de la Casa has the most challenging terrain in the Grandvalira, spread across three adjacent valleys. The local slopes are all above the treeline and north-facing, offering the most snowsure conditions in the principality. Intermediates have the pick of the crop with plenty of excellent reds off the top of Pic Blanc. From here you can also ski down to Grau Roig, a pleasant wooded valley that has excellent nursery facilities in the village. Après ski? Pas de la Casa is nicknamed Pal de la Khazi because of its robust alcohol-fuelled après ski. Arinsal was once as famous for its après ski as its skiing, but things are changing rapidly. First came the telecabine link with Pal, and then a new telecabine to the pleasant village of Massana, boosting accommodation options.

Pal-Arinsal features 63km of runs, best for intermediates and beginners. The wooded slopes of Pal are wonderful. The area is also popular with boarders thanks to a massive freestyle area featuring a 4-5 metre high halfpipe, boxes & rails, gap jumps, tables, hips, and a skier/boardercross course. Arcalis is Andorra’s hidden gem – a delightfully remote and uncrowded ski area that seems a million miles away from the bustle of Gradvalira. It is also the resort where many locals ski and some say it has the best skiing in the principality. There is no accommodation here so skiers only come here on day trips – a 20-minute drive from the village of Ordino.