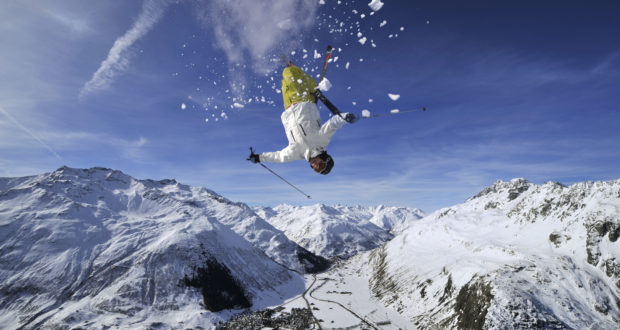 Head over heels with Andermatt

The old Victorian-era resort of Andermatt, high in the Swiss alps, and once regularly cut-off by landslides and avalanches, is mid-way through a massive renaissance with an image correction and gentrification.

Gone are gangs of Swiss Army squaddies seen everywhere in the town now that their barracks has been closed, and gone too are the bumpy, potholed narrow roads bedeviled by some of the Alps most devilish hairpins – replaced by wider and less tricky ascents and avalanche tunnels much of way up from the valley.

In the old days the stagecoaches from Zurich took half a day, and whole day trip to the Italian city of Milan took 24 hours.

Now a taxi from Zurich airport does the trip inside 90 minutes and the train in under 100 minutes, arriving at a gleaming, brand new station. And Swiss trains, being world-beaters, mean you can be whisked straight from your arrival train direct to the fantastic freeride slopes of the towering Gemmstock, almost 3,000 metres up among  the Gotthard peaks – and the snowsure Andermatt Sedrun region.

So what’s in the new-look Andermatt?  Well, what’s claimed to be one of the ski world’s best luxury hotels, the 5-star  deluxe Chedi, which hosts scores of Europe’s richest, seeking privacy and the away-from-it all open spaces of  the surrounding Gotthard massif.

The old-fashioned Victorian Grand, visited by Queen Victoria  herself, Churchill and former US President Ulysses Grant - is still going and by the time the new season opens in November the Chedi will have an adjoining  block of gleaming new luxury apartments and a 4-star Radisson Blu will open its doors in November as alpine builders always finish before the big snows arrive.

The skiing  and boarding is suited to all grades, but its mainly red and black runs are best for those who like it steep and deep (great snow record here) and the runs are down to the village at 1,444 metres. Runs are on two mountain areas – the Gemsstock and Gutsch-Oberalp-Sedrun.

Langlauf – better known as cross-country skiing, is plentiful down in the valleys, where it is sunnier and less windy. And you can trek for miles and miles.

Spring and summer is golf time on Andermatt’s flat cross-country areas, where a distinct absence of tress gives an almost links challenge.