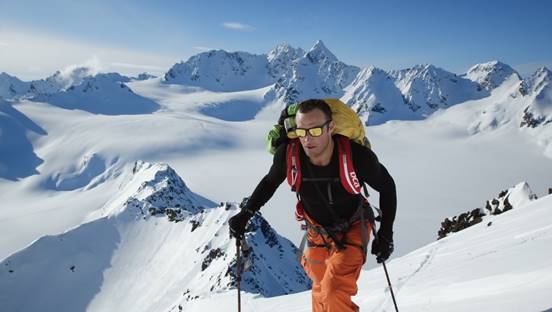 Norway has some of the rawest nature in the world

“When it comes to skiing, Norway has absolutely everything. Those opportunities for skiing in Norway – including the facilities and not least the culture and the people you meet – are what has made me the alpine skier I am today.”

In “Come Follow My Path”, a new skiing video produced by Lund Svindal in collaboration with Visit Norway, you can see with your own eyes why Norway is such an amazing destination for alpine skiing. Aksel Lund Svindal’s passion for the Norwegian mountains is indeed quite apparent when he shares why Norway’s raw nature has made him one of the world’s best alpine skiers.

This enthusiasm for Norway as a world-class alpine destination is exactly what the video is meant to relay, explains Bente Bratland Holm, director of tourism at Visit Norway.

“For many Scandinavians, Norway has been the preferred skiing destination for a long time. But there are several Northern European countries where Norway isn’t particularly well-known for being an alpine destination. We’d like to change that. As such, we have teamed up with the man that may just be the very best downhill skier in the world and asked him to share his feelings about Norway. The reason for turning to Aksel Lund Svindal is that he in many ways personifies the skiing culture and the variety that Norway has to offer all ages and skill levels – both families with young children and the more hardcore alpine skiers”, says Bente Bratland Holm.

“You realise that Norway has some of the rawest nature”

Aksel Lund Svindal was only three years old when he strapped on skis for the first time to take on the Norwegian mountains. Since then, skiing has taken him around the world, and he has been at the top of the winner’s rostrum in both giant slalom and downhill skiing as well as in super-G. His love for Norway’s raw nature and experiences outside the piste – off-piste, backcountry skiing and summer skiing – is something that has stayed with him.

“It’s an eye-opener when you travel the world and return back home and realise that Norway has some of the most raw nature the world has to offer. Skiing isn’t just about being the fastest or best. It’s about experiences, being outside, the tracks you leave behind, the top you climb, the nature, light and fresh air”, explains Aksel Lund Svindal.