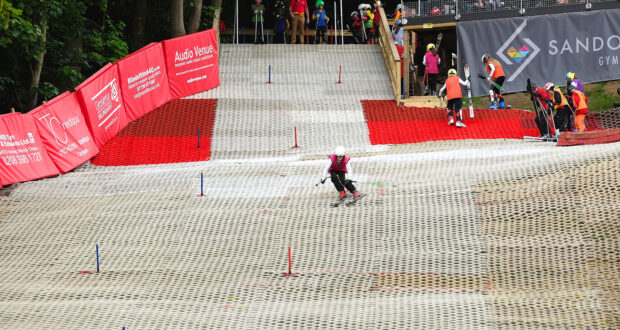 We are skiing already. Last London slope is taking off

Forget about covid woes and lack of snow doubts – skiers by the hundred are rolling up at London’s last surviving dry slope for lessons and practice.

Sandown, almost 50 years old, is nowadays focussed on developing its junior side with now more than 200 kids in the junior club, with categories from beginner to elite.  The Sandown club will be taking the kids on ski holiday 2021/2, subject to Covid – so watch this space..

New owner Peter le Masurier says:” It isn’t just ski up here in the Surrey Hills. We have developed the squash, gym and fitness side of the business, introducing spin studios and mass refurbishment throughout.

“There are prestigious race clubs operating here who produce Team GB athletes. – and Sandown Park Ski Race Club  has produced more than 300 athletes who have made national teams, including British Senior Teams, British Junior Teams as well as  England, Scotland, Welsh and Irish teams, plus a South African and a Finnish World Cup competitor –  and a Canadian.

Local  lady Chemmy Alcott now coaches out of Sandown, where she learned to race almost 20 years ago and starred in the World and European Cup races. The story goes on with another top racer, Jack Gower also having come through Sandown and more rising Junior stars are in the pipeline.

And Eddie the Eagle has visited to re-open the newly-rebuilt dual slalom course and is due to touch down again this coming winter, when 50-plus teams compete. A star event at the only ski slope left in London within the M25.

Sandown, which overlooks Heathrow Airport and the major horse-racing course, is growing and growing with many other groups operating from bases there. Ladies mornings and disabled skiing are very popular, as the management has introduced disabled skiing partnering with DSUK.

Entrepreneur Mr Masurier is also planning a ski festival to replace the defunct London ski show and this is scheduled for September 2021 – subject of course to prevailing conditions.

The entire ski world is currently active, repairing and installing new resort infrastructure and getting set up to open in November. Already there are busy resorts in the Andes (Chile and Argentina)  and in the Australian and New Zealand in the  Southern Hemisphere. 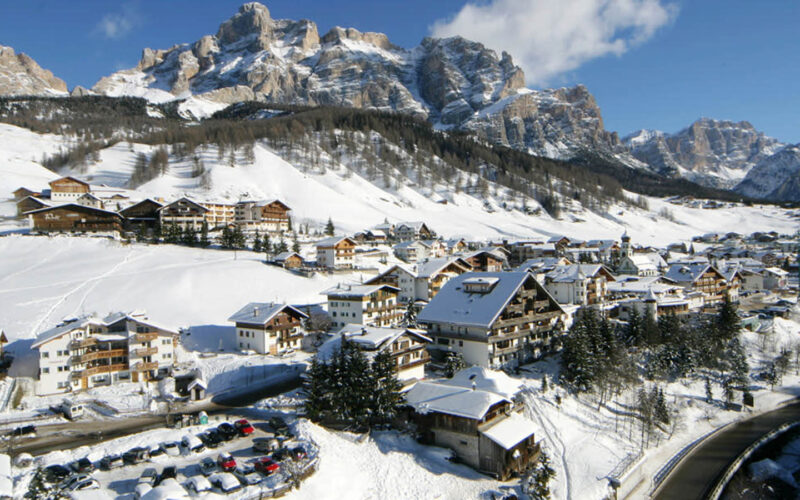 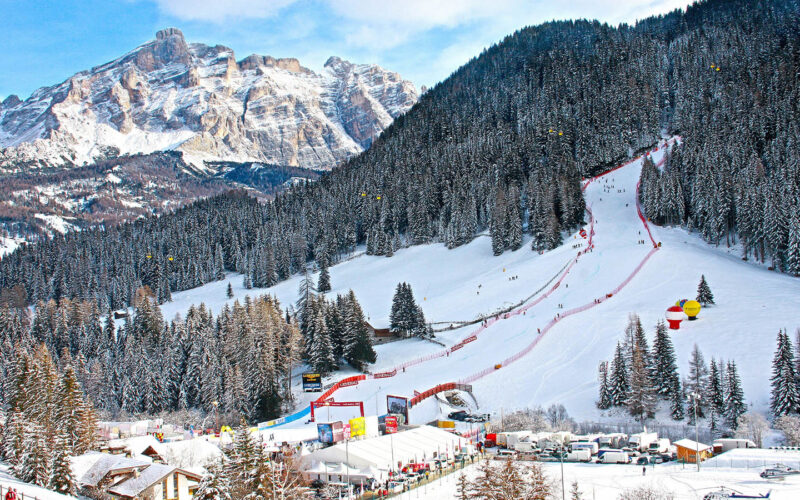 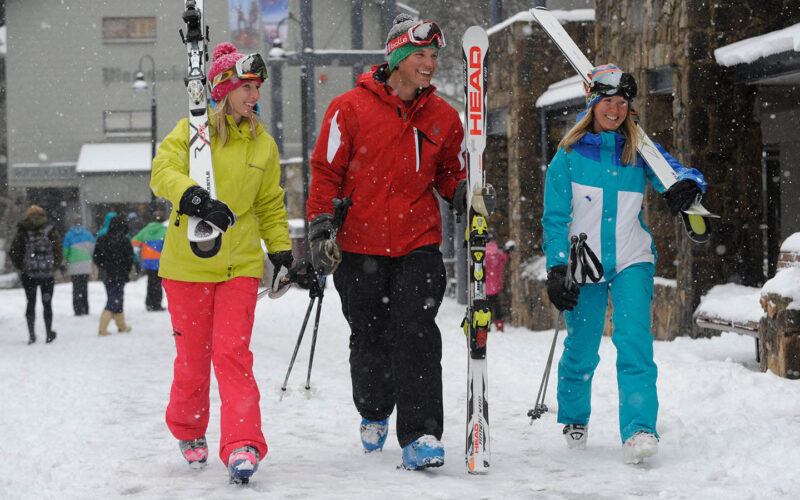 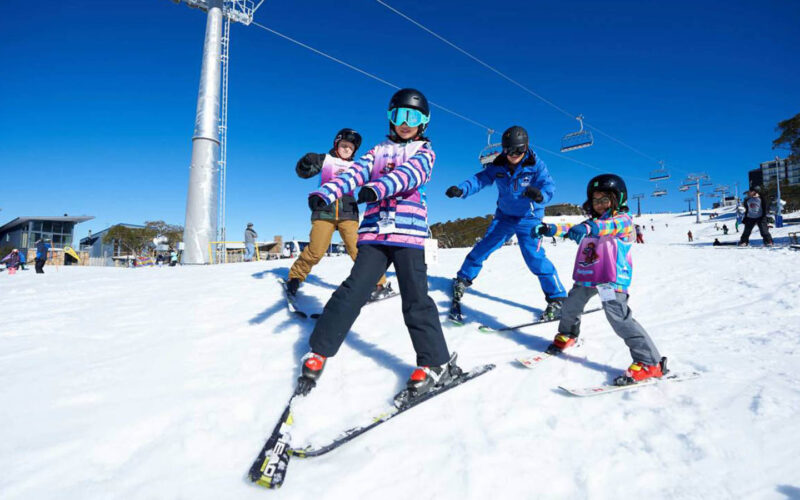 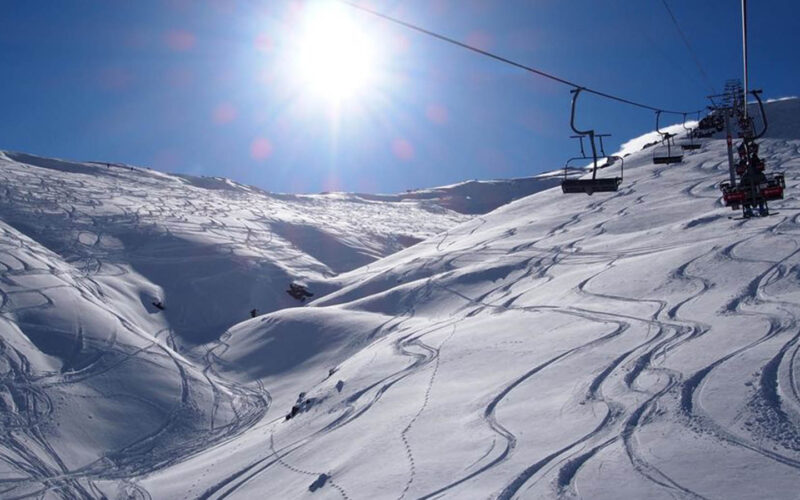 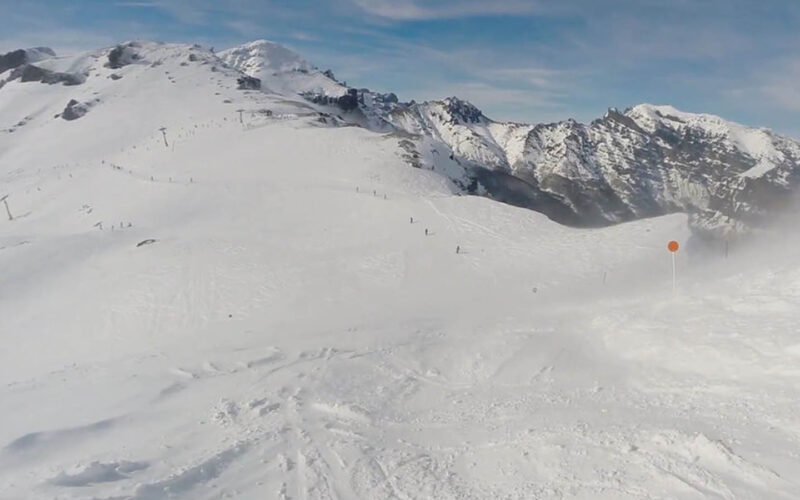 European resorts are winding up for the usual early-season openings, and many have used the Covid crisis shutdown to spruce up and do many cosmetic repairs.

The largest region is the Dolomites, where the  Alta Badia is promising opening its lifts in the first days of December