Flack off – you’re so Moneysupermarket!

Forget all the fake stuff on TV ads and online at sites such as Moneysupermarket – because we have found they do not deliver what is promised.

We have caught out Money Supermarket and their agent Lloyds Bank in a major scam to extort money for a simple car insurance.

We responded to Moneysupermarket’s offer online and inside an hour we received 6 very good quotes and we responded to one of them from Lloyds Bank, a once trusted name, and then things started to go wrong – apart from a time and money wasting 10 minutes spent listening to their “honesty” speel and the fact they are responsible to the Financial Mis-Conduct Authority. Then I finally got through to a young girl called Zakila, who despite my saying I did not want any extras such as breakdown, she spent my time getting no, no no. then after buying no extras she told me the price of a policy was not the £192 I had on my screen but an eye-watering £398 – for a little Suzuki Alto which is used for less then 2,000 miles annually!

Flack – he is avoiding it! 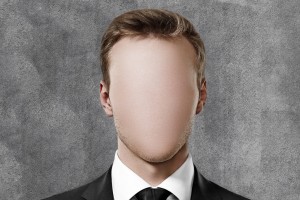 I argued and asked to speak to a manager, and was told none were available. I persisted and got the name of Steven Flack (which sounded like the fake names all these internet companies use) and his email address of steven.flack@BGLgroup.com .

I contacted straight away Moneysupermarket (a firm our magazines and sites have praised in the past) and got no reply but worse from Mr Flack) and worse – the 3 mails proving our £192 offer failed to be delivered.

So I rang again and went through all the sales rigmarole and finally spoke to a man (I think) called Shamick Caleti, who in incredibly bad English said Mr Flack not available – in a meeting. I tried to communicate in Italian but go nowhere and was cut off.. but not before insisting that Mr Flack ring me that evening and I stayed in the office until home and Game of Thrones beckoned at 9 p.m.

I did not bother ringing Lloyds Bank, remembering many past cases of the bank’s fraudulent behaviour, but I did ring Money Supermarket, and spoke to a very nice chap called Simon Ansell, who promised to act on this and said they were aware of matters. I gave them a 2 p.m. deadline to respond or face the start of an expose campaign.

2017-08-03
John Hill
Previous: Mid Summer and still at it.. Read more
Next: Another Olympic first for Britain