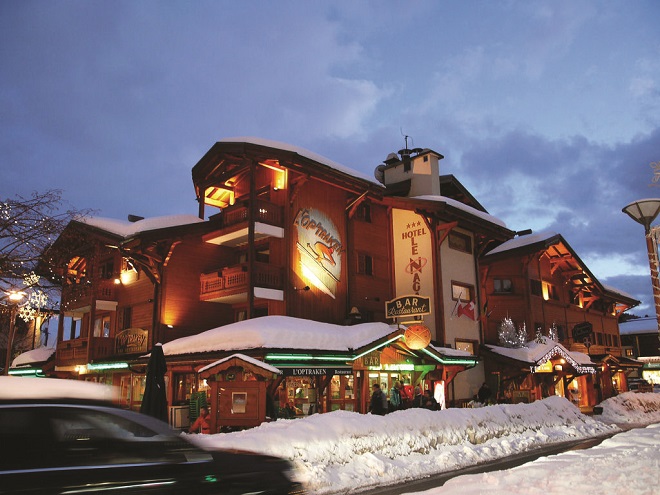 Les Gets is a pretty resort, situated next to Morzine, and is one of 12 stations that link up to form Portes du Soleil, an extensive and diverse ski area that spans the Franco-Swiss border.

With access to 650kms of slopes, it offers plenty of variety for all levels, and a network of skiing to keep you entertained for weeks!

It’s a little higher than Morzine at 1170m and tends to stay in the snow more, which makes it a prettier venue for much of the low season. The skiing between both resorts is shared and closely matched in terms of quality, but Les Gets is more isolated and therefore access the wider extent of the Portes du Soleil not so direct.
At only an hour from Geneva, and with its stress-free atmosphere, it is ideal for families and novice skiers needing an all-important confidence boost.

It’s especially suited to beginners and intermediates because local slopes have relatively tame gradients, and reasonably priced ski schools. For advanced skiers, it’s all about quality rather than the quantity! You will find a smattering of very good Reds and Blacks which excel in terms of length and diversity, and tend to be crowd free.

Where to ski: The Pointe du Nyon or the back of Mont Chery are the places to be after a dump of snow, but take care with sliding snow and take heed of warning signs.
Where to go out: Les Gets has a small but friendly night life, including an obligatory Irish Pub, a quirky selection of late night bars and the Iglu disco which kicks into life after hours. Hangover warning!

View Les Gets on the Web