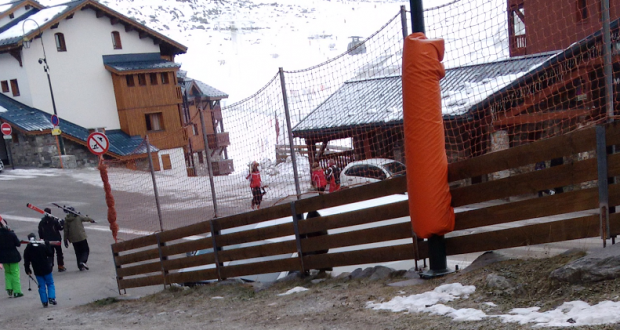 The Big Snow is here at last!

Wow, what a poor start to a ski season we had.

December, usually a peak month for our touring reporters, was a wipe out because of lack of snow – impossible to believe if you were in the snow-blanketed Alps right now.

Even an early-season trip on December 3 to Europe’s highest ski station Val Thorens in France was a disaster when 1,000 VIPs turned up for the launch of the gleaming new Club Med Hotel with its own ski lift at the door – or would have had if there had been any snow.
So well-heeled guests, including yours truly, had to walk to find snow in the area dubbed World’s best resort – and the yomp was over rocks, ice and mud and sludge till we reached a working lift that could get us up the mountain, and even then conditions were not up to speed, even for British Olympian Graham Bell, struggled while guiding ski celebs around.
But the trip was not wasted as we discovered a great new hotel in the Club Med property, which with its inclusive packages, is sure to be a big it with hungry skiers. 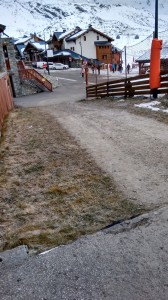 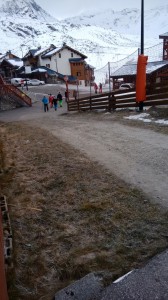 Undeterred by the poor snow start, we went on to St Anton in Austria, which had never ever let us down for snow, but even here early-December conditions were lacklustre, though we did manage to ski the hills and right back to base on a crowded and rather icy home run before retreating to a wonderful new find, Anthony’s Hotel, just a short walk from the Galzig lift.
What a find this is – a truly warm and welcoming luxury lodge with its own rooftop spa and pool and at affordable prices that would make the expensive Swiss reports blush.  See .

Another find was that good old BA has finally discovered the user-friendly German airport at Friedrichshafen, Lake Constance, and close to the Swiss and Austrian borders, which means skiers using here instead of Zurich will get to and from their resort half an hour faster – and ditto for Montafon and Swiss resorts.
And forgive the politics here, but what on earth possessed the Germans to build a large memorial exhibition to Dornier – the man who built the warplanes that blitzed London, Coventry, Birmingham, Glasgow and many British cities in World War 2. There, adjacent to the new airport, stands this shrine to the man responsible for murdering many hundreds of thousands of innocents.
And very many exhibits of his bombers, including plane parts, and amazingly it is opposite the other great reminder of failed German engineering – the Zeppelin factory. Two to avoid, Ja??
But do take time to take a boat trip on Lake Constance, which even in winter, is most pleasant.

2015-02-09
James Hill
Previous: You’ll go far with Jottnar
Next: Big snows are here at last – with all the Alps covered