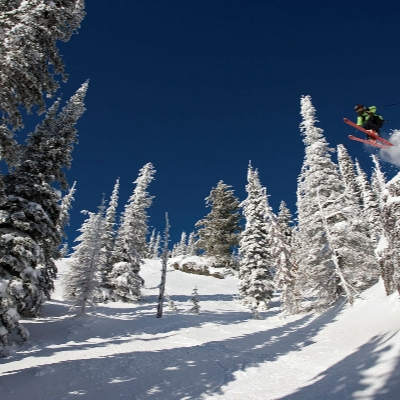 Whistler is unstoppable.
The twin peaks of Whistler and Blackcomb are enormous, but the experience keeps getting bigger and better – the record-breaking Peak-to-Peak gondola boasts the world’s longest free span.

Whistler is big on big. It’s North America’s largest area (8,171 acres of piste) and also has the continent’s greatest vertical drop (1,609m). The runs are wonderful whether you’re a beginner, intermediate, advanced or expert skier, and there is endless back-country skiing as well as heli-skiing. You do, however, pay for it with a lift pass up to £375. 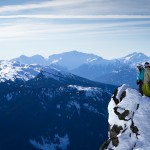 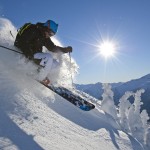 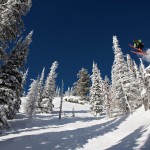 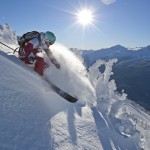 Average snowfall is 360 inches a year. There are more than 200 trails (20% beginner, 55% intermediate and 25% advanced). In the rare event of insufficient snow there are 555 acres covered by snow-making. Usually though, there’s plenty.

There are some downsides, however. Not least it has grown in size – tona-city proportions, and being so close to the Pacific you can find yourself skiing down into rain on the lower slopes. And the lifts close ridiculously early – 3pm in January and only 4pm in late season.

The management can’t do much about the former other than sell souvenir ‘bin bag’ tops to cover your ski suit, but they could sort out the latter in the same way that they’ve solved the long-term niggle about having to ski to the bottom (possibly in the rain) to swap mountains.

Still, minor stuff when compared to the vast amount of terrain, which is even extended by the resort’s own heli-ski operation. On the mountains we found the food good and well-priced. The Roundhouse Lodge, the Rendez-Vous and Glacier Creek are all highly rated. Smaller huts Horstmans and Crystal are also rated. Our favourites are Raven’s Nest and Crystal Lodge.

There are all manner of top hotels here, from one of our all-time favourite ski hotels, the on-slope Fairmont Chateau Whistler, to the excellent Hilton. The base village has 200 shops (albeit rather heavy on T-shirt emporia), plenty of health spas and countless bars and restaurants to keep après skiers well-fuelled. There’s live music too, but nothing too raucous. For a day trip Vancouver is a must at only an hour and a half’s drive away. Whistler is great fun, but maybe not the place for a quiet, romantic getaway.

Nearby Grouse, known as the peak of Vancouver, is a popular day-trip destination for Vancouverites. It has 26 runs, many blue, surrounded by trees with views over the city.

There are 14 night runs open until 10pm allowing skiers an impressive 13 hours’ slope time. During the summer hikers can spot grizzly bears and endangered wildlife.