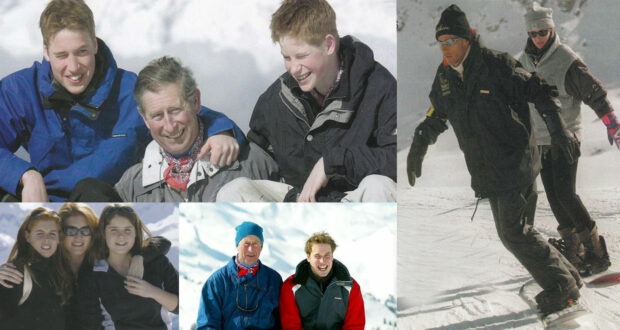 Our King of ski

How Royals made skiing for all

King Charles 111 has been lauded worldwide for his steadfast patience in waiting to succeed our Great Queen Elizabeth - and emerging as an international statesman-celebrity;  but today we reveal Charles’s inventive and flair-filled genius too - as he is the single person who has done most to make Britain a skiing country. With its own ski industry.

Since his days at Gordonstoun and the nearby Cairngorm ski area, he has been a devotee of skiing, and regularly visits his resort favourite of Klosters, Switzerland, nowadays known as Royal  Klosters.

I well remember standing alongside then-shy, kilted Prince Charles in a queue at Aviemore as we watched the inauguration the resort’s first chairlift. That was back in 1963 and Lord Leven then remarked to me : “The young Prince will make a magnificent King.”

After his freezing intro to the Sport of Kings, HRH went skiing as often as he could, and when ready for the Alps he chose beautiful Klosters as his ideal getaway destination. Again it was me who alerted the world to his love of the vast outdoors as I got a tip-off from Swiss Tourism Director Franz Blum that Charles was heading there with a brand-new pair of skis and a new girlfriend!

I was working at The Sun and called over Royal reporter James Whitaker and side-kick cameraman Arthur Edwards and got them on a Swissair flight to Zurich where a taxi had the Royal Watchers in Davos in two hours – ahead of Charles and his weekend ski partner.

Thereafter, Whitaker and Arthur, were hot on the heels of the Royals, helping satisfy the world media’s hunger for celebrities, leading to the stampedes of reporters and paparazzi whose vast coverage gave skiing millions of £ss of free publicity and considerably swelled the ranks of supporters and skiers.

The whole Royal Family followed in Charles’s ski steps, firstly Prince Andrew followed by Princess Royal Anne with Prince Edward, the Earl of Wessex joining in too and he is now a most-able skier and influencer, and what The Royals do the nation follows on quickly.