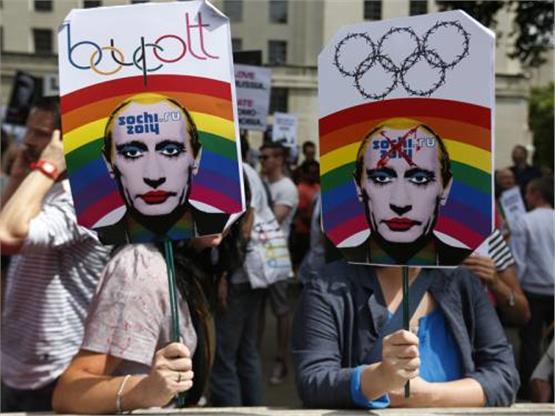 Sochi Winter Olympics boycott over anti-gay laws is building momentum, but will not be acted on by Premier David Cameron or Lord Sebastian Coe, chairman of the British Olympics Association.

Actor Rupert Everett is the latest celebrity to speak out against the Russian stance on homosexuals, agreeing “absolutely” with Stephen Fry’s open letter to the Prime Minister urging him to orchestrate the boycott.

Both Everett and Fry, along with liberal activists, have taken issue with the Russian law passed in June making it illegal to speak well of homosexuality in public, as well as the warning to Olympic visitors that they need to adhere to this.

However, former Olympic medallist Coe said: “I don’t think boycotts achieve what they set out to do. They only damage one group of people, and that is the athletes.”
Alan Wells, Scotland’s 100 metres gold medal winner at the US-boycotted 1980 Olympic Games in Moscow, echoed these sentiments saying: “Sport is sport. Let them get on with it. Do something else to show your disgust.”

While the world protests over anti-gay Russia staging the next Winter Olympics, the Russians are standing firm, and snubbing Prime Minister Cameron and Lord Coe’s comments.