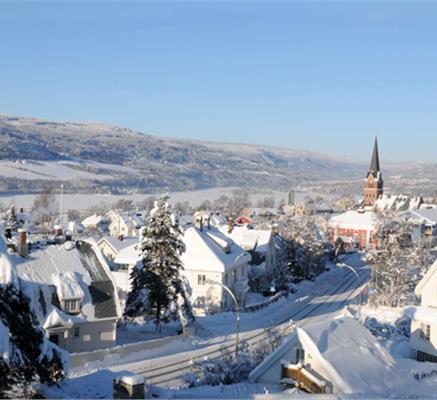 Skiing in Olympic Lillehammer gives you access to five ski areas – Hafjell, Kvitfjell, Skeikampen, Gålå and Sjusjøen. On one lift pass they offer 113km of skiing and 43 lifts – although some of the areas are far from local, and there’s no ski-bus network so you’ll need a car.

Lillehammer, a reasonably-sized area with a number of restaurants, bars and proper shops, doesn’t actually have any skiing. The nearest area is Hafjell – 15km away – where the slalom events were held in 1994. There are more than 30km of pistes and the lift system includes a gondola. It has long runs, plenty of snow-making, night skiing and good facilities for boarders and freestylers. Kvitfjell is 45 minutes from Lillehammer and has some good steeps – this is where the downhill was held during the 1994 Winter Olympics.

The Tussebakken, accessible by the ‘magic carpet’ lift, is  lled with fun features to teach children to ski. Skeikampen, also a 45-minute drive, is a family resort with 21km of slopes, 10 lifts and a new terrain park. Gålå is a small, quiet resort with seven lifts, mainly catering to beginners and children.

There are few tourists, which makes it perfect for learning on its long, wide  pistes. It also offers night skiing. Sjusjøen has four lifts, including a 6-seater express chair to the summit. There is free access to the children’s areas and beginners’ lifts, but the resort is most famed for its cross-country. Between them the areas have 1,500km of cross-country trails. Lillehammer also boasts the Olympic Park with lift-served toboggan and bobsleigh runs and a museum.