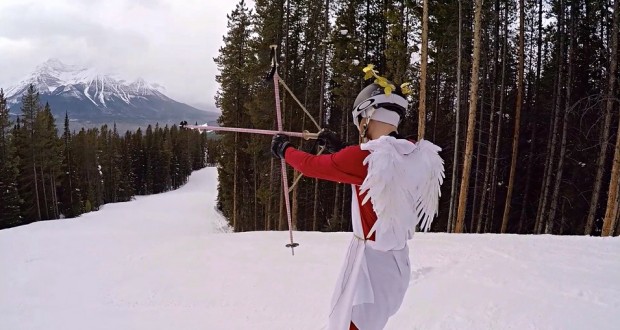 You will love Louise

Lake Louise has picked up yet another award to their Canada’s Best – their fun promotion for Valentine Day was the best worldwide for young lovers.

Next month Louise is staging one of the craziest events on snow when Red Bull presents NORDIX on March 12/13. Imagine “Crashed Ice” on cross-country skis! This will be one of the best spectator events in years and I encourage you to take in the action.

As the curtain closes on the cross-country skiing season, the world’s elite will go head to head with local up and coming nordic athletes will compete in what could be best described as Skier-X with a challenging twist. The free event will see skiers from disciplines such as nordic combined, sprint and biathlon contend in a testing race on cross country skis, tackling both uphill and downhill sections in a track full of jumps and rollers.

“Lake Louise Ski Resort is excited to host this one-of-a-kind event’ We are sure it will be the highlight for both pro and amateur athletes alike.” Said Dan Markham, Resort Director of Brand & Communications

The competition is divided into two classes, male and female, and starts with qualification runs on Saturday March 12th based on lap time. The 64 fastest men and 10 fastest women will qualify to the finals to be held on Sunday March 13th. In the Sunday finals, competitors are placed in heats of 4 based on their lap in the qualification round. Two competitors from each heat will move on until one male and one female remain and crowned the 2016 Red Bull Nordix Champions. Additionally, Red Bull Nordix Best Trick Competition invites athletes to show their best jibbing skills with the challenge of landing on cross-country skis.

Register Now
Registration is now open for all competitors 16 years of age and older – skill required. Red Bull Nordix will be open to three individual categories in Men’s, Women’s and Best Trick. Cost per rider is $20 per athlete. For full details on schedule, lodging, and prizing, click here.
www.skilouise.com .