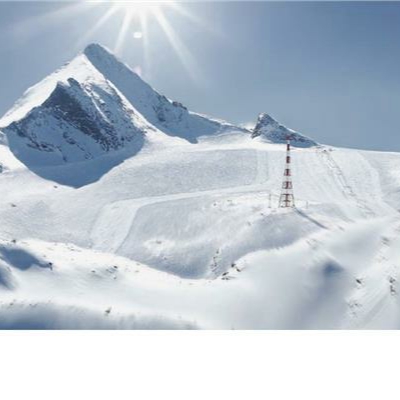 In almost any A to Z, Zell am See-Kaprun would come last, but when it comes to ranking the most breathtaking, engaging and accessible ski destinations, it leaps right to the top reaches of the table.

As its name suggests, Zell hugs the shore of the glorious Lake Zell, on its western side. It is surrounded by a horseshoe-shaped range of alpine peaks such as the Schmittenhöhe (1.965m) and the Hundstein, at 2,117m. Overall the resort has 138km of pistes; 47km of easy slopes, 59km of intermediates and 32km of testing descents. In Zell, much of the skiing is below the tree line, and ideal for mid-winter, while at Kaprun, there’s high-level glacier skiing, where, as early as autumn, there’s perfect powder snow. It’s a perfect place to make for on warmer spring days.

The resort divides into three contrasting areas. Starting at the top, the Kitzsteinhorn glacier is a modern, international skiing area with guaranteed year-round fun in the snow, covering roughly 41km from the 3,029m-high peak to the Langwiedboden at 1,978m. Three snow parks, Austria’s largest super-pipe, mogul slopes and ski trails invite enthusiasts to freestyle. On the Schmittenhöhe, 26 cable cars and lifts – including exclusive Porsche Design units – carry you up to 2,000m and connect to 77km of perfectly primed slopes set against a backdrop of 3,000m peaks. Here skiers, free skiers and boarders are in their element. The Rome Park offers jumps, rails, boxing and kickers, while on the ski movie trail at the Hochmais cable car your personal video film can be downloaded after the descent at two special terminals.

The runs at the family focused Maiskogel in Kaprun are tailor-made for families. Seven cable cars and lifts connect roughly 20km of wide and gentle slopes up to 1,730m. Mileage-munchers will be thoroughly satisfied with the descent down the region’s longest slope, measuring 7km. Skiing is generally of an easy to intermediate standard, with classy cruising on mainly blue and red runs, but with a sprinkling of blacks for good measure. On the glacier, it’s largely smooth powder for great gliding while you gaze out on craggy peaks and awe-inspiring views. Those who prefer ‘chocolate box’ glimpses of the lake and town will revel in Zell’s pretty tree runs. For beginners there are plenty of gentle slopes below the tree line. Cross-country skiers are well served by 40km of langlauf track across the valley floor between the two centres, as well as a smaller one at the top of the glacier. And there’s also a connection to the 200km-long cross-country trail network of Pinzgau and Saalachtal. 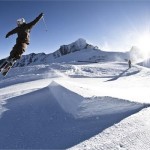 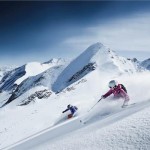 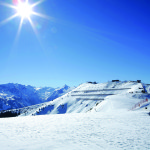 The resort’s lifts are modern and fast from resort level, whisking you up high with ease, while queues are generally quite short. Buses – free for lift-pass holders – run every 15 minutes between Zell and Kaprun and all major stopping points. For the young the region has superb, professional child care, children’s ski schools, clubs and ski kindergartens. And there is always something going on on the frozen Lake Zell and in the nearby ice rink. Besides ice-skating and ice hockey, the shiny surface is an ideal playground for ice sailors and snow-kiters. Other mountain highlights include the three cable cars that carry you to Peakworld 3,000, Salzburg’s highest and most spectacular panoramic viewing platform, where visitors have a breathtaking view to the valley of Kaprun, Lake Zell and 30 3,000m peaks, and can enjoy a show at one of the world’s highest cinemas. The Tauern Spa is also worth a visit; it’s a 20,000m2 water and sauna oasis for all ages, which includes a 127m-long water slide, plus adventure grottos and a climbing wall.

Zell am See is a lively, working town, known in Roman times. It still has many medieval buildings. Take time to visit the main church, St Hippolyte’s, in romanesque style with a striking tower, and built on the site of earlier places of worship. The town centre offers a wide range of shops, restaurants, bars, nightspots and a main lift station. The imposing 19th-century Grand Hotel is one of Zell’s landmark buildings, built on a private peninsula out into the lake. For decades it’s been one of the most famous hotels for those on grand tours of Europe. It has not stood still, however, and the 4-star-rated Grand now provides every modern facility for comfort and fitness

But for those who prefer more intimate surroundings, there’s a stunning array of options, such as the Schwebebahn, located in the town centre right by the lifts, with its own sauna and steam room and a reputation for great entertainment, including live music. Typical of Kaprun is the 4-star Sporthotel. Although modern, it’s built in a tradtional style with dark wood-panneled, generously sized rooms. It stands at the edge of Kaprun, close to the glacier and six minutes’ walk or a minute’s bus ride from the town centre from the bus stop opposite. As Zell has its own railway station and frequent services, there’s good reason not to come by car. By air it’s short transfer (1hr 30mins) from the picturesque airport of Salzburg.

Tagged with: Zell am See-Kaprun