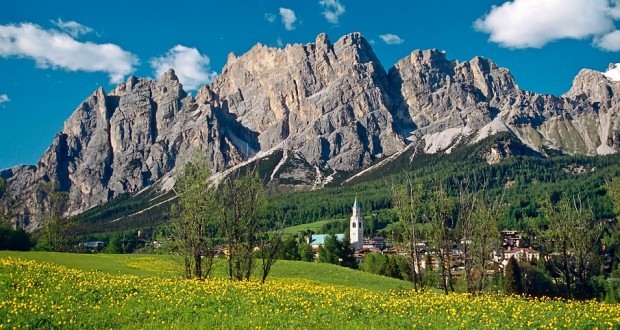 Alpine beauty in the summer

The stunning Cristallo Hotel Spa & Golf sits atop a mountain overlooking the picturesque Italian town of Cortina, surrounded by the stunning Dolomites.

I visited in mid-summer, having missed the opportunity to ski the area in winter. And what a joy. The once-snow covered alps were a sea of verdant green decked with a sumptuous array of summer meadow flowers, and for sure families were out picking them as they strolled the lower slopes.

I went on a day trip up to the top of the Falzareggo Pass to visit the region’s war graves, which Cortina has turned into a war memorial to the thousands who died in the First World War with the Austrians and Germans.

This was a stirring wake-up to the fact that Central Europe used to be in continual turmoil and conflict – and it was good to see a former battleground on what was then the Austro-Italian frontier so calm and peaceful, as you walk the paths between restored bunkers and machine-gun posts. A very old man sitting in the sun painted the mountain opposite – and when engaging him, he said – “Would you believe that on one day 100 years ago the Austrians and Germans attacked from the mountain-top and sparked an avalanche – and 10,000 died on one spring morning.”

I shivered and strolled to a mountain hut where a cheery Alpine band churned out mountain songs, and sipped a cooling beer with some youngsters who had come from villages on a school history trip. I went down the mountain early to stroll round Italy’s most beautiful mountain resort, which sparkled in the sun and the air-conditioned boutiques were a great place to keep cool, though shockingly expensive if the stunning assistants managed to tempt you into buying.

Next day was best – when I was chauffeured by hotel driver Gianni to Cortina’s famous golf course, graced in the past by champions and celebs – and despite being only a 9-holer at the moment it is a tremendously difficult challenge as it sits on a steepish mountainside with again – fantastic views.

“You needa getta plenty ballsa,” muttered Gianni as he dropped me off and promised to return in 90 minutes. Aa-humm. I discovered on the first hole that Gianni was right as this is the kind of course where you nearly always tee off without every seeing the green or even the flag you are aiming for. The course is covered in dips and hollows – a magnet for badly-aimed balls. And after just a few holes I had to go back to the clubhouse and buy 10 more balls.

But what a great course – difficult – and empty because it was nearing the midday sun when only mad Brits walk out and when I managed to finish I had only one ball left in my bag, and did not even count the score! I took a free drink in the clubhouse, while waiting for the giant Gianni to arrive – it was 2 hours since he left me – and when he finally turned up more than an hour late he apologised and kept muttering “manganic. manganic”, which I later learned is a word sacred to all Italians – it meaning food time.

I spent the rest of the afternoon by the swim pool, soaking up the sun and sights (some of them human) up from nearby Venice for a weekend of luxury. Later came the highlight of my stay at the fabulous Cristallo, a truly fabulous 5-star deluxe grand hotel which has starred in or hosted the crews of many famous films such as the James Bond (Roger Moore) and Inspector Cluseau with the inimitable Peter Sellers. And cliffhanger with the Stallone gang. They even have a Frank Sinatra suite, where the great crooner once stayed on a tour.

All too soon it was time to drive back to Venice for the BA flight back to London, and a notebook and camera full of fond memories. And the cost at around 180 Euro a night is a steal compared to the best hotels in Switzerland or France.

• For sure I will return in winter to enjoy the great Cristallo again and this time ski, and hope to not repeat the as yet untold feat of 007 Roger Moore who, when zooming down Cortina’s slopes, chased by Blofeld villians, had to stop and investigate the reason for his extreme discomfort and pain – he had left his trousers unzipped and a vital organ was becoming very stiff – with cold! 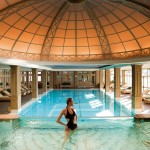 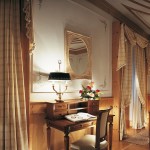 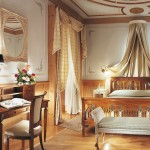 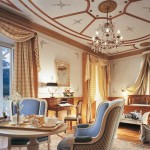 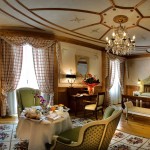 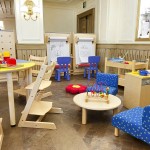 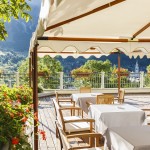 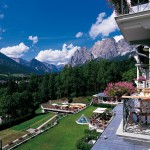 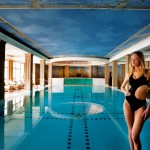 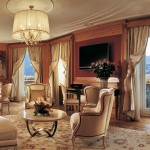 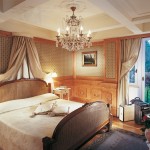 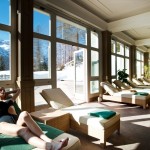 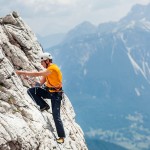 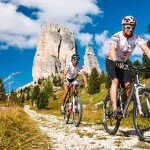 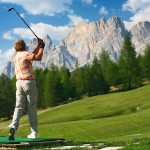 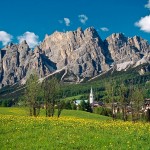 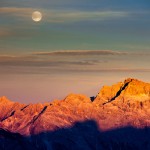 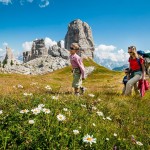 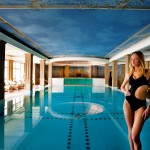 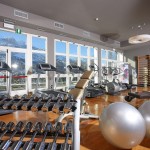