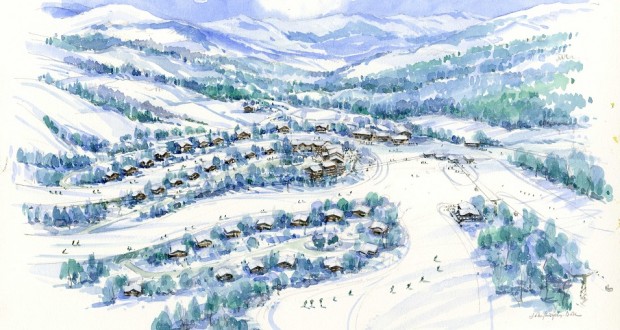 Sochi to get a next door rival

The highly-acclaimed Olympics resort of Sochi has been so well received internationally that the Russians are to open another nearby.

This time the resort of Arkhyz is planned to be a ground-breaking example of a ski resort planned from scratch. To the east of Sochi, it lies in a valley in the Caucasus, a mountain range with several peaks higher than Mont Blanc, and one of the snowiest areas in the world.

Mainly agricultural and farming at the moment, with only one existing lift, Arkhyz offers an almost blank canvas; something of a holy grail for master planners who can learn from and eliminate issues such as car parking and access to ski lifts that have plagued traditional Alpine ski resorts, particularly Swiss and Austrian, as the popularity of skiing has snowballed.

So what should skiers expect?
Arkhyz will have five individual ski villages in picturesque spots with plenty of (but not too much) sun, and good access to pistes. And the ski villages will be sited at locations with the right elevations to ensure a balance between snow coverage, ease of access, and avalanche threats.

Taking inspiration from purpose-built resorts in the US and Canada, the pistes will flow down into the valley, with villas and hotels positioned adjacent to the piste and around the ‘font de neige’ – a central ‘plaza’ and focal area for the village. This layout is designed to create a sense of a ‘village community’ but also to provide the opportunity for ski in/ski out facilities.

Getting to piste on time..
Maximising piste-time is the priority for skiers, so the layout of the resort has been designed to ensure slope users get the maximum number of “runs for their ruble”.
Also important to the appeal of a ski resort is how people get to it and move around it. The vision for Arkhyz is to maintain a predominantly-pedestrian feel, as found in the traditional Alpine resorts, so that people feel safe walking around with their families.

But, with a three hour drive from the nearest Black Sea airport, the resort will see a high volume of car visitors, so every development within the five villages has been designed with its own underground car parking. This enables access to vehicles where required, while minimising damage to vehicles caused by snowfall, and keeping the streets clear for pedestrians.

For day trippers, the valley village of Romantik, has been designed to accommodate them specifically. This will avoid a high flow of traffic on the valley road and get day trippers into the ski system quickly.

Because Alpine skiing is a relatively-new leisure pursuit in Russia, Arkhyz will provide pistes to initially cater predominantly for beginner to intermediate skiers and snowboarders, while retaining the potential to develop red and black runs in line with increasing demand and the growing expertise of the native ski and snowboarder population.

It will be a few years before Arkhyz becomes a reality, and it will no doubt evolve further as it moves from vision to reality. But the developer hope advantages gained by designing from scratch should make it an appealing proposition to its visitors.
• Ashley Scott is Director of Masterplanning at AECOM

2016-04-05
James Hill
Previous: The Eagle has landed
Next: They’re still skiing in Tignes