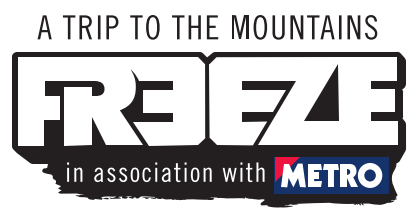 The Big Freeze - If you can’t actually be on the slopes to celebrate the kick-off to the new season, this provided an ideal compromise, pulling in skiers and boarders from all over.

Taking a trip to the mountains… just jump on the tube.

Freeze, in Association with Metro is back. The winter sports festival, now in its sixth year, moved resorts last week – or venue anyway. With an après-inspired atmosphere festival-goers enjoyed a ski holiday in London, previously with the Battersea Power Station as the towering peaks behind providing an iconic background. But from November 27 to December 1 Clapham Common was taken over by snow bunnies. 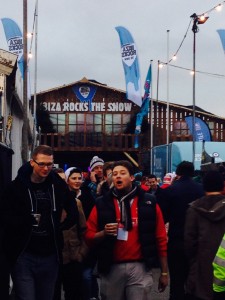 If you can’t actually be on the slopes to celebrate the kick-off to the new season, this provided an ideal compromise, pulling in skiers and boarders from all over. It felt like you’d just come off the slopes – all be it a little early – as the gates opened at noon and après started with a bang.

In the past Freeze has had an impressive line-up to entertain the crowds, last year included Mark Ronson vs Zane Lowe, and with 30,000 keen snow fans coming along this year a tip-top performer was called-upon – with Madeon heading up the main-stage on Saturday. The 19-year-old super-producer form France has been sought after for remixes and engineering from the big names in the music world, including Pendulum and Lady Gaga with his track Pop Culture gaining a staggering 20 million views on YouTube. Joining him for electric performances were DJ Fresh – who’s worked with Rita Ora and Rizzle Kicks, among others – and The Cuban Brothers, 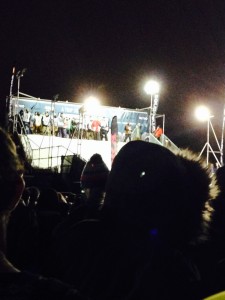 who whipped the crowd into a frenzy.

The Hail the Rail competition saw a pretty epic set-up with names such as Jamie Nicholls, Juho Kilkki, Mikey Rowlands and Andy Nudds nabbing the top spots – cheered on of course by the more than enthusiastic crowd that gathered to watch.

Not forgetting one of the most important aspects of the ski world – après. With legendry après haunts such as Ibiza Rocks the Snow and Krazy Kangaroo getting in on the action London provided some of the best Alps Après. 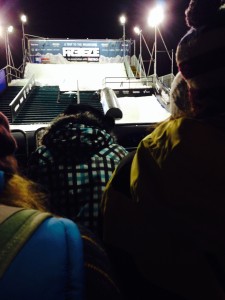